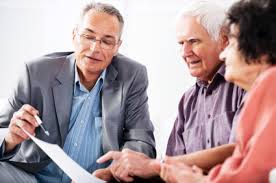 A few weeks ago, a case was decided by the Missouri Court of Appeals that highlights the reasoning behind getting professional advice in planning for Medicaid and/or VA benefits.   It also highlighted why just flopping the phone book open to the first Elder Law Attorney or randomly selecting someone from a Google search can be a bad idea without further vetting.

The issue comes from the fact that any attorney licensed to practice law can say they are an Elder Law Attorney,  a criminal law attorney, a corporate attorney, etc.  The Missouri Bar Elder Law Committee has over 500 members.  Even the most prominent group of elder law attorneys- the National Academy of Elder Law Attorneys (NAELA), with its 4500 members is a voluntary group.  This means anyone who can pay the dues can be a member.    I am proud to say that I am a long-time member (I am actually currently one of 17 members who serve on their Board of Directors).    I think the best minds in Elder Law are a part of NAELA, but there are also hundreds of members who are not actively practicing elder law, or are at a different level of expertise than some members, yet they are listed on the roster of Elder Law Attorneys that is accessed online hundreds of times each day by the public.   There are even more attorneys out there who don’t even belong to NAELA who call themselves Elder Law Attorneys because they think it will help bring in business to the firm.

In the case referenced above, the person applying for Medicaid seemed to be doing the right things- they went to an attorney to get advice on how to qualify for Medicaid (in the spirit of full disclosure, I was not involved in this case, and other than reading the opinion and using other public records, I do not have access to all of the facts that would allow for a more thorough vetting of this case).   Presumably, the attorney explained that the healthy spouse (The Community Spouse) was allowed to keep a certain amount of assets, and the remaining assets would have to spent prior to the sick spouse qualifying for MoHealthnet (Medicaid) benefits.  The attorney presumably went on to recommend that this spend-down be accomplished using a device known as a Medicaid Qualifying Annuity to complete this spend-down.  On its face, everything seemed to be going well.

Medicaid Qualifying Annuities are a tool that I will often use in my practice when appropriate.  However, in this case I would question whether it really was the right tool- as the spenddown was only $27,000 dollars- which is a relatively small amount to need to spenddown, and there are often more effective tools available to accomplish this under these dollar amounts.   What’s worse is that a Medicaid Qualifying Annuity is a tool that if it is not structured exactly  as required under the law, it just doesn’t work.   In this case, the annuity failed to name the State of Missouri as a contingent beneficiary assuring the State would recover any amounts left in the annuity if both spouses were to predecease the term of the annuity.   The family was applying for benefits in the summer of 2012- FIVE YEARS AFTER THIS REQUIREMENT WAS ADDED TO THE MISSOURI STATUTE (a prior version of the statute actually existed in 2005, but let’s agree to not pile on too bad to this unfortunate handling of the situation.)

So when the family applied for benefits, their application was denied (a few months later- what about the bill to the nursing home during that time?).   Instead of fixing the problem that should have been easy to identify,  the attorney appealed the rejection three more times, until the case was just finally resolved earlier this month.

So, a tool was used that quite possibly was not the most ideal tool for the facts.  To compound the problem, the tool was used incorrectly, and to make matters even worse, once it should have been apparent what the best corrective steps should have been, the family was further led down the wrong path by their advisor.

Do I fault the family for this mess?  For the most part, I would say no.  When you hire a professional, whether that is an attorney, electrician, architect or whatever, you have to trust that the professional knows what he/she is talking about.  If a family wanted to take the time to learn all of the public benefits rules out there- they wouldn’t have needed the attorney in the first place!   What I do fault the family for is if they didn’t ask some pointed questions of the attorney before they ever hired him or her.   These questions could be things such as:

If they had asked these questions, would it have guaranteed a different outcome?  Not necessarily, but it would have greatly reduced the likelihood of an outcome like this, which by any reasonable measure was an absolute disaster of a case.   My question is how much money did the family end up needlessly spending on care prior to Medicaid coverage being granted?   Did the skilled facility (nursing home) actually get paid?   Why did the attorney feel it was the State’s job to explain to him/her how to properly plan for benefits- isn’t that the attorney’s job to know?

Picking an attorney to help through long-term care planning is an important decision.  Unfortunately, I have reviewed plans that were put together by people that call themselves elder law attorneys because they have heard it is a “hot” area of the law, but didn’t put the requisite time into really learning the rules of the game.   All too often, these plans have fatal flaws like we saw in this case, and it is the family that ends up getting hurt.   When your family/friends need long-term planning please make sure that they are not only seeing an elder law attorney, but preferably a Certified Elder Law Attorney (there are 14 in the State) to make sure they are getting the BEST advice out there instead of advice that is either outdated or just plain inaccurate.   There are too many spots to get bad advice in this area- take a little bit of extra time to make sure you are working with or referring to someone who really knows the area well- IT IS TIME WELL SPENT!

If you or someone you know needs help applying for medicaid or nursing home benefits, please call our St. Charles office at (636)486-9009.

Want to read the case?  You can read the opinion in Anna Danna v. Dep’t of Social Services at the following link:   https://www.courts.mo.gov/file.jsp?id=81235